Follow Nordpil on Twitter!
Save & Share this link on social media, for blogging and for bookmarking
Nordpil offers freelance consultancy services in custom map design and cartography, in illustrations (charts, diagrams and other graphics) and in geographic information systems (GIS) including research and data preparation. Map design includes interactive maps (WMS, ArcIMS) and thematic maps. In addition we provide training in better visual communication and map-making.
April 26, 2012 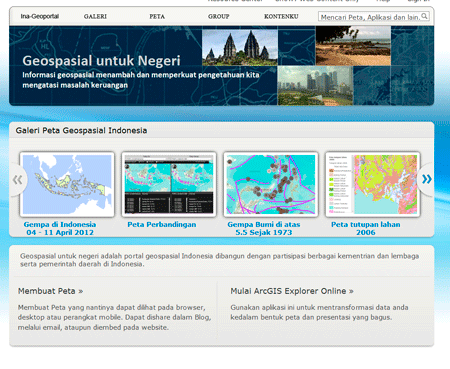 A map I currently work with covers parts of Borneo, it is for a scientific report by Stockholm Environment Institute. I have not worked that much with the area before, except for these maps I did for UNEP/GRID-Arendal.

Timely that I spotted on Twitter that a beta version of the Indonesian NSDI got 'soft-launched'- here is one version of an announcement from ESRI: Indonesia NSDI: One Map for the Nation.

It took some digging to find the brand new geoportal, but eventually I got to Geospasial untuk Negeri http://maps.ina-sdi.or.id/home/gallery.html.

Great resource, and timely launch - I added a map service to my ArcMap document to work with. I had to export the static image though, and trace it in Illustrator, but that is another story...