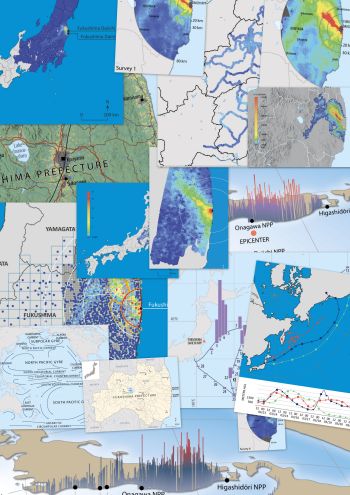 The report consists of a comprehensive assessment of the nuclear disaster that occurred at the Fukushima Daiichi nuclear power plant in Japan, following the Tōhoku earthquake and tsunami that took place on 11 March 2011. The incident represents the most severe emergency at a nuclear plant since the 1986 Chernobyl disaster.

"The report considers human, organizational and technical factors and aims to provide an understanding of what happened, and why, so that the necessary lessons learned can be acted upon by governments, regulators and nuclear power plant operators throughout the world."

The report consists of a summary report and five technical volumes prepared through an international team with more than 180 experts from 42 countries. The study describes the context and background, safety assessment, emergency preparedness and response, radiological consequences and post-accident recovery.

Nordpil was contracted by the IAEA to prepare maps for the reports, and to work with scientific and monitoring data to condense and present information about the findings.

The GIS and tabular data was manipulated and transformed in Microsoft Excel, Microsoft Access and using Python; then the maps were prepared using ESRI ArcGIS and ArcMap and finalized in Adobe Illustrator using the template provided by the IAEA.

For more information about the report collection, see the IAEA website
http://www-pub.iaea.org/books/IAEABooks/10962/The-Fukushima-Daiichi-Accident