Inventory of monitoring infrastructure and programmes in the Arctic 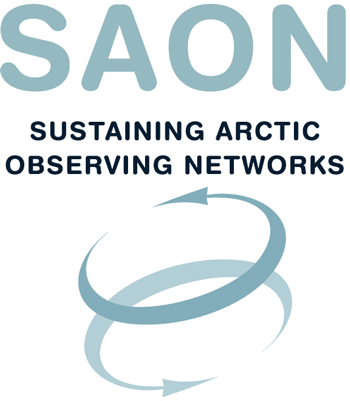 Sustaining Arctic Observing Networks (SAON) is an initiative of the Arctic Council developed to create a platform for infrastructure, projects and programs focusing on Arctic environmental monitoring and research. Existing observation undertakings are fragmentary, not always coordinated, and often lack long-term perspectives.

SAON is intended to create an overview of current and historic data, identify possibilities for circumpolar and global collaboration, and locate possible gaps and missing parameters.

The Arctic environment represents a unique region of the globe, with little human impact and vast areas of undisturbed wildlife and rich biodiversity. The region is experiencing the impacts of climate change and global warming, and is serving as an early-warning indicator for the rest of the world. The indigenous peoples of the Arctic, such as the Inuit and Sami, are facing challenges to their traditional lifestyles – not only from climate change, but also from long-distance pollution accumulated in the Arctic environment, including pollutants like mercury and persistent organic pollutants such as PCB and DDT.

As a first step, SAON involved the collection of information from the participating countries on the role that SAON should have, their views on data policies, and data on existing monitoring activities. The second part of the survey cataloged existing activities – with time spans, data policy, data repository and monitoring parameters. The Arctic Council countries are not the only participants in SAON. The participants include not only the Arctic Council countries (Canada, USA, Russia, Finland, Sweden, Norway, Denmark/Greenland and Iceland), but also other countries and organizations that have observation stations and programs in the Arctic – such as Japan, Spain, Italy, Poland, the World Meteorological Organization (WMO), the International Council for the Exploration of the Seas (ICES), and the International Permafrost Association (IPA).

Nordpil, together with the secretariat of the Arctic Monitoring and Assessment Programme (AMAP), summarized and fed the completed survey forms into a custom database implemented in Microsoft Access. The data included an inventory of stations and infrastructure as well as information on the participants’ views on SAON’s role.

The database was web-enabled using the AMAP project directory as a temporary solution. A solution tailored for the inventory will be developed at a later stage.