Graphics previously prepared by Nordpil were updated in early 2013 with new data: statistics of exchanges in the University of the Arctic North2North student mobility program. The program allows exchanges among higher education institutions in the Arctic. Several maps and circular diagrams were prepared, one of which is featured in the 2013 issue of Shared Voices magazine.

The 2012 exchange programme statistics were analyzed and aggregated using Microsoft Excel and Microsoft Access, and exported for use in Circos and ESRI ArcGIS.

The circular diagram was done through Circos and further refined in Adobe Illustrator. 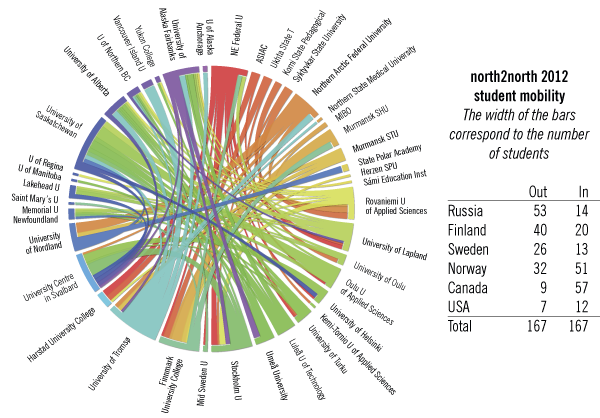