Follow Nordpil on Twitter!
Save & Share this link on social media, for blogging and for bookmarking
Nordpil offers freelance consultancy services in custom map design and cartography, in illustrations (charts, diagrams and other graphics) and in geographic information systems (GIS) including research and data preparation. Map design includes interactive maps (WMS, ArcIMS) and thematic maps. In addition we provide training in better visual communication and map-making.
December 3, 2009

A report for the United Nations Economic Commission for Europe (UNECE) was recently finalized. It features layout and illustrations by Nordpil. The publication addresses climate change in Europe, Central Asia and North America, and will be presented at the upcoming COP-15 climate change meeting in Copenhagen, December 2009. 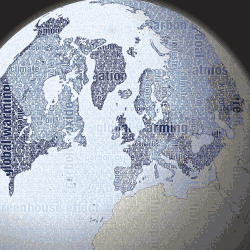 The graphics in the report illustrate climate change and greenhouse gas emissions globally and in the Northern Hemisphere.

The full graphic design and layout of the report were prepared by Nordpil, together with Zoï Environment and the UNECE secretariat.

More details about the report, and sample maps and charts, will be presented when it is officially launched.