Follow Nordpil on Twitter!
Save & Share this link on social media, for blogging and for bookmarking
Nordpil offers freelance consultancy services in custom map design and cartography, in illustrations (charts, diagrams and other graphics) and in geographic information systems (GIS) including research and data preparation. Map design includes interactive maps (WMS, ArcIMS) and thematic maps. In addition we provide training in better visual communication and map-making.
October 31, 2013 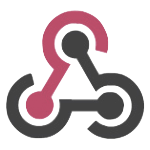 To enable alerts and notifications for web applications to be visible on the desktop, this little gateway listens for webhooks and forwards them as GNTP notifications for Growl clients. The script is prepared in Python, and also compiled as an executable.

This was programmed and set up primarily for Woopra and New Relic. Woopra is an analytics platform that offers functionality with real-time notifications when a visitor views web-pages on a site. Unfortunately they only offer desktop notifications through Chrome. At the same time Growl for Windows offers a stable and configurable notification platform, and by using Growl all nofitications are in the same bucket.

This application is available for download and use both as a Python script (one would need a Python interpreter, and installation of additional free dependency modules, web.py and GNTP.notifier), or for use as a Windows executable.

The Python script works very well running as a daemon on a linux server as well.

To configure the listener, see the webhooks.ini file that is available in the download. Webhooks are configurable both as json as well as name/variable pairs in post data. The port that the webserver runs under is also in this file, it is by default port 11001. Don't forget to open any firewalls and forward any port in any router!

For webhooks in Woopra, you would need to configure the post data in the triggers template to match what is in webhooks.ini.

The flag icons in the distribution are from this resource: http://365icon.com/icon-styles/ethnic/classic2/.

The code is available for unrestricted download under a Apache 2.0 License. This gives you the right to redistribute and modify the files, as long as Nordpil is properly credited.