Maps by Nordpil at ICA

The map posters were originally prepared for the 2012 Kartdagarna map exhibition and selected by representatives from the Swedish Cartographic Association.

The map exhibition presents highlighted examples from all over the world, and the selected maps are also included in an exhibition catalogue. 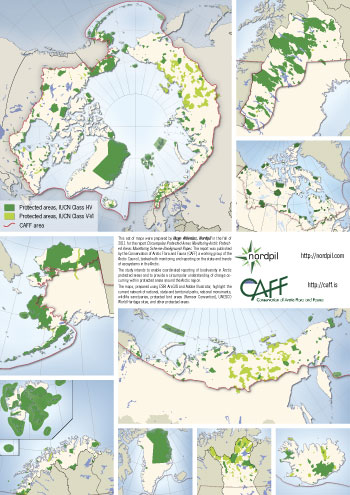 The study is intended to enable coordinated reporting of biodiversity in Arctic protected areas and to provide a circumpolar understanding of change occurring within protected areas around the Arctic region.

One of these maps is presented in the Nordpil portfolio. 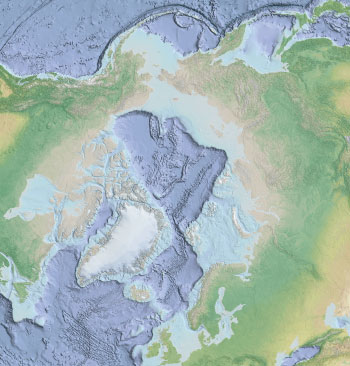 The bathymetry was composited with the highest resolution data available, making this one of the best-resolution Arctic Ocean maps ever created.

Global Mapper, ESRI ArcGIS and Adobe Illustrator were used to prepare the map. The resulting map was merged and rendered from various datasources.

The colors were enhanced for this poster.

A basemap is used as a backdrop to provide reference and context for thematic data and information overlaid in the map presentation. A carefully designed backdrop should use muted colors to avoid distracting the viewer from the main messages conveyed, while still providing the geographic framework.

This basemap was prepared primarily for Arctic marine and oceanographic needs. The client's primary requierements were that bathymetry and characteristics of the seas be presented. The map was prepared for the entire Arctic region including surrounding areas, and at very high resolution using the best available datasources. The resulting map was rendered as tiles in an image pyramid, deployed using ESRI ArcGIS Server and shared as an OGC Web Map Service (WMS) for consumption in an external application.

This map is also presented in the Nordpil portfolio.